The new generation, Generation Z, is now entering the workforce and consumer market as independent and capable individuals. As a result, businesses and other fields are now gearing up for the new kids on the block, and many are studying this generation’s habits, personalities, and values. Notably, their digital experiences and expectations are points that we should explore. As their moniker “digital natives” suggests, Gen Z-ers dictate how we use the Internet now and in the future.

Being the true digital natives that they are, Gen Z-ers can be defined as almost dependent on connectivity. Take away their Internet for more than four hours and see them become irritable and restless. But don’t see this as a negative trait because we might as well be perpetually connected online, what with how integrated everything is.

This better assimilates them to the current social strata: 24/7 connection and near-instantaneous responses. However, with this also comes the awareness that not everyone will reply to you immediately. In contrast, it’s also seen as rude to completely ignore a message, especially with the many communication platforms available to everyone at a touch of a finger.

The Internet Dictates Their Activities

Trends, recommendations, and influencer content all contribute to the decision-making process of the current generation. This is why despite our insistence that influencer culture isn’t as influential, it still thrives in the Internet culture and industry. There is conscientious, engaging, and effective influencer content that genuinely affects the Gen Z population’s spending habits.

User-based reviews and advertising are fast becoming the top way to convince a target segment to try a product, and businesses are taking note of this. Tech YouTubers, makeup influencers, online fitness icons- these individuals with no prior marketing engagement rise through their community through their expertise and content creation, truly influencing not just an audience but an entire niche.

The online ecosystem where Gen Z-ers spend most of their time consists primarily of social media platforms. The concept of connecting people from all over the world is taken more seriously by them, so much so that it’s not uncommon for them to have purely online friends. This is in stark contrast to past generations who believed that social connections happen in a strictly face-to-face setting.

The notion that social and personal connections made on the Internet are shallow and temporary has diminished, with many prioritizing the actual quality of someone’s connection with others. This, plus the wealth of communication platforms, voice and video conferencing, and shared posts and comments, allows deeper discussions and communication to happen. That then leads to many people preferring talking over the Internet before talking face to face. 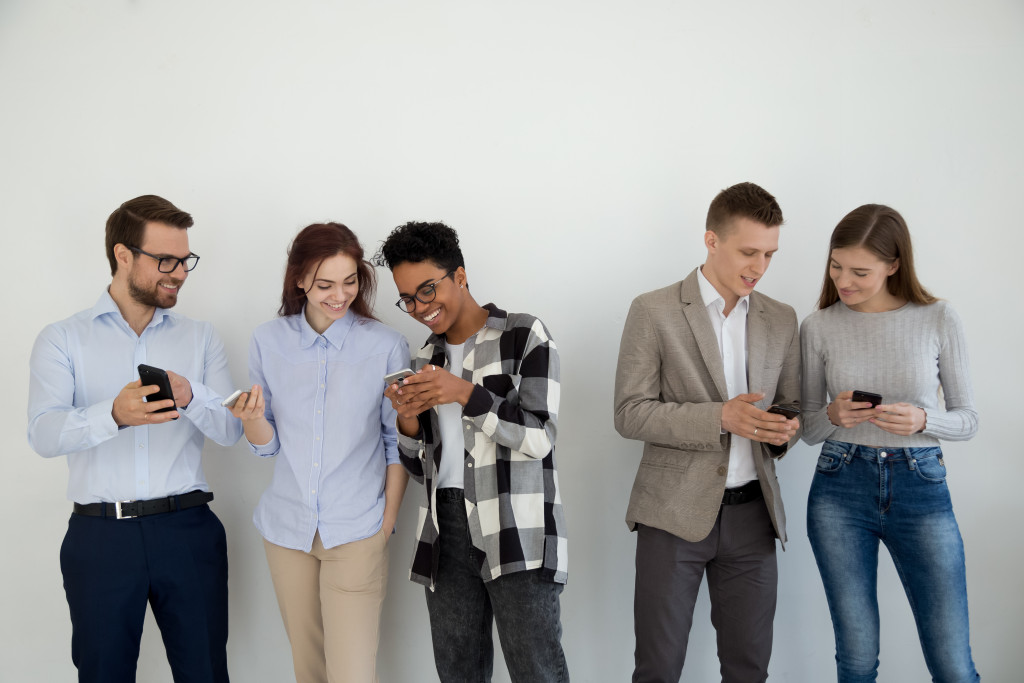 There’s no denying that Gen Zs are fun-loving people. Many value a sense of humor highly, and this reflects the shift in marketing. More and more companies, even older and more traditional ones, are beginning to implement humorous marketing content and information dissemination through their marketing media. Relatable content, meme humor, and skit-based advertisements are commonplace, even in brands that typically did not employ them.

Of course, the execution is still very much critical, with out-of-touch humorous content being widely panned for their poor attempt. This is also another effect of Gen Z’s “humor first” approach. Anything that proves otherwise often becomes humorous, but through being the butt of internet culture jokes.

You Have to Be Genuine

This current generation has a high demand for authenticity from brands and businesses. They want to know actual customer reviews and want to see real-life advertising. This is why getting a product experience platform for your business can be an advantage because it will help you express genuine information about your products on your website.

On the flip side of humor, Gen Z-ers also highly value social responsibility and will support brands that share this value. Showing genuine concern over social issues like climate change, body positivity, environmental awareness, and race issues are something many Gen Z-ers look for. But pandering or tastelessly trying to appeal to these social movements is heavily frowned upon as well.

The Internet is a place that’s mostly developed and honed by millennials. But as time goes on and newer generations emerge, it’s their turn to make the Internet their own. Gen Zs are taking the fact that they are digital natives full-on, accepting and embracing their connection to technology. And in turn, this results in an almost entirely different culture, one with clear distinctions, traditions, and even language.