For someone with no professional background in the automobile industry or a formal learning in space science, Elon Musk is shaping the future of multiple industries. The world is abuzz every time his companies SpaceX and Tesla unveil new technologies, knowing that it’s something we have never seen.

Citing science fiction novels as his early inspiration, it’s no wonder Musk founded a company that aims to make the cost of space transportation ten times cheaper, and ultimately, colonize Mars. Since its launch in 2002, SpaceX has been breaking records left and right, being the first private company to launch, orbit and recover a spacecraft, and to send a satellite into a geosynchronous orbit. 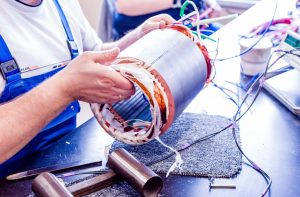 Though it had a couple of setbacks since its foundation, it continues to make waves in the commercialization of space travel. However, one of its goals is to provide global broadband services worldwide, even in remote areas in the globe with no internet access.

Its pending relaunch of the Dragon capsule with no crew onboard, which is serves as a cargo run to the International Space Station, is said to be a big step forward for spaceflight because it can be the start of establishing an economy in space.

Electronic cars are the stuff futuristic dreams are made of. But with Tesla Motors, it seems like the future is already here.

From the start, Tesla Motors set out to be different from the competitors—from the marketing to production to sales to technological strategies. Though it first targeted affluent consumers, its ultimate goal is to lower the market price of its battery and electric-driven cars. Currently, its car models are targeting three separate markets based on their spending power.

Earlier this month, Musk unveiled the new model of Tesla Roadster, which he claims can go from 0 to 100 kph in 1.9 seconds. He even hinted that the model would have a special option package that can take the model to a completely new level. And with this new model, he hinted that we’re just a couple of years away from the development of the first flying cars.

With his cousins Peter and Lyndon Rive, Musk helped start Solar City, a company that banks on solar energy to power homes and businesses. They are the first company to offer leasing options to homeowners, making solar-powered households affordable.

However, it may face challenges in the coming years due to its business models as more consumers are opting to buy their own solar systems. But still, it remains to be the leading residential solar panel installer with a 30% market share.

Running Tesla Motors, SpaceX and SolarCity already sounds a lot, but the visionary has other companies to run. In 2015, he cofounded OpenAI, a company that ensures artificial intelligence will not destroy humanity. And just last year, he started The Boring Company which aims to improve travel between cities by building a network of tunnels.

There’s no telling what he will start next. But for the couple of years, the world patiently awaits what Musk will reveal next.